Haven’t posted much in terms of Metro Made’s lately, so here we are with another unique slingshot build. We’ll let the pictures do most of the talking, but in short, this slingshot is proof of concept for more advanced build that I’ll write about later. The concept is to make a wood slingshot with a leather inlay, so let’s go!

I started with a very familiar frame, the mighty Tyton. Since I need the absolute precision since there are lot of different materials that need to mate together, I decided to go with laser cutting. The outside profile was expanded 1mm for the cut and a ‘true’ profile was etched onto the outside cherry wood. Within the profile on the cherry, a 1/8″ border was also laser cut. To create a substrate for the leather to be attached, I used some interesting zebra wood that would reveal it’s grain when the edges are sanded. 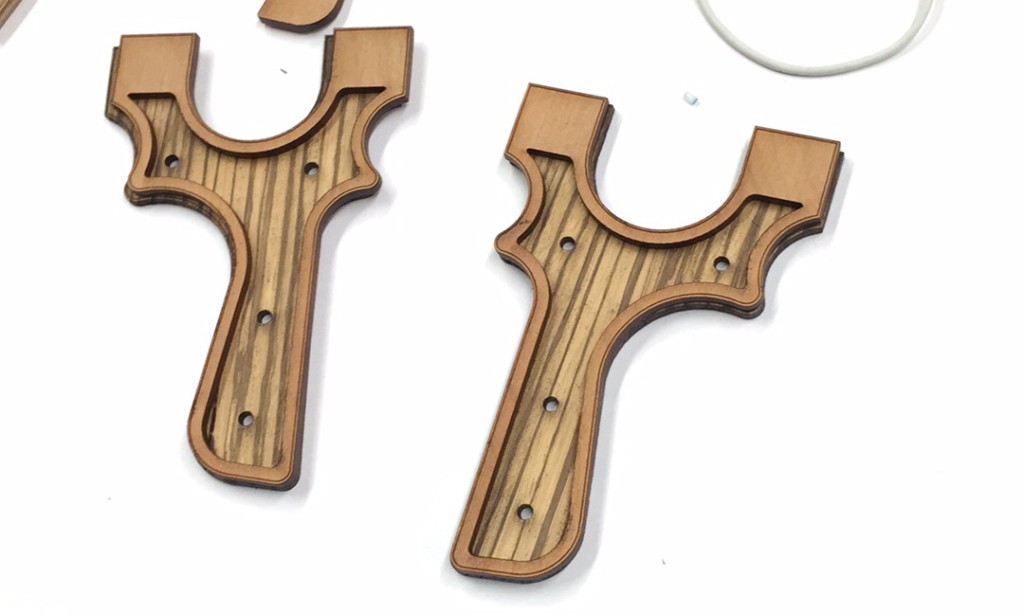 After fitting the wood, it was time to cut some leather. Some 3mm thick vegtan leather was popped into the laser bed and cut. The design included some pin holes and the edges have .5mm holes precut to accept thread. 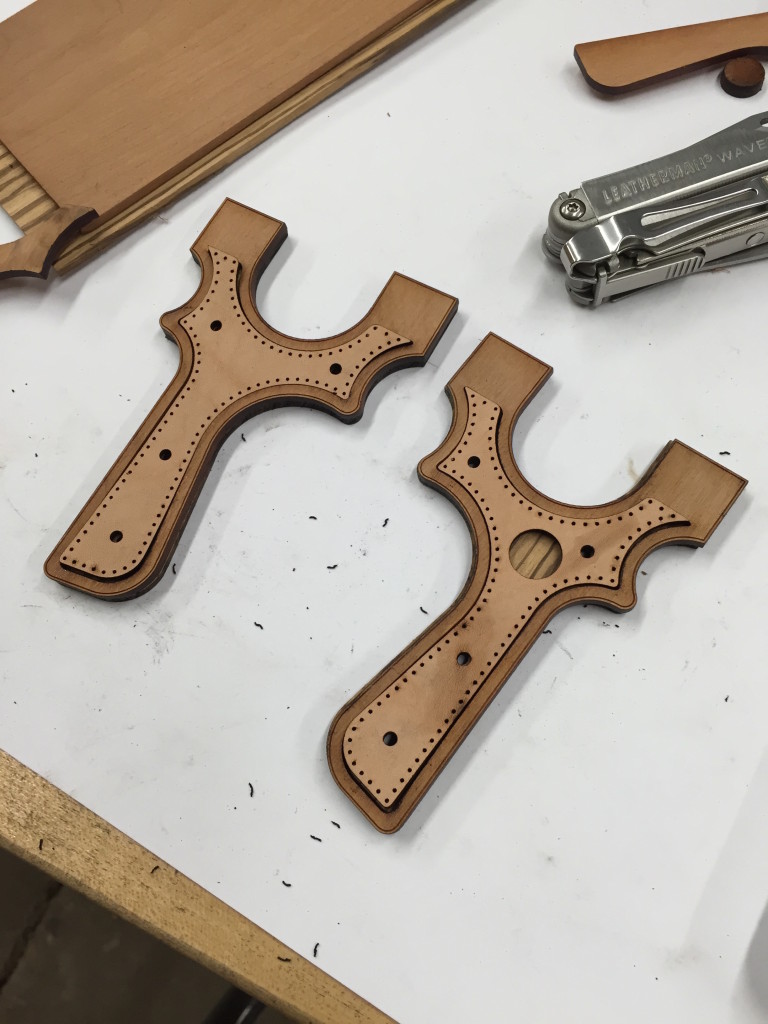 Taking some #69/V70 nylon thread, a line of stitches was hand stitched into place, taking great care not to over tighten them as the stitching is purely for decoration. A bloodwood Metro skull will be fitted later for a nice contrast. 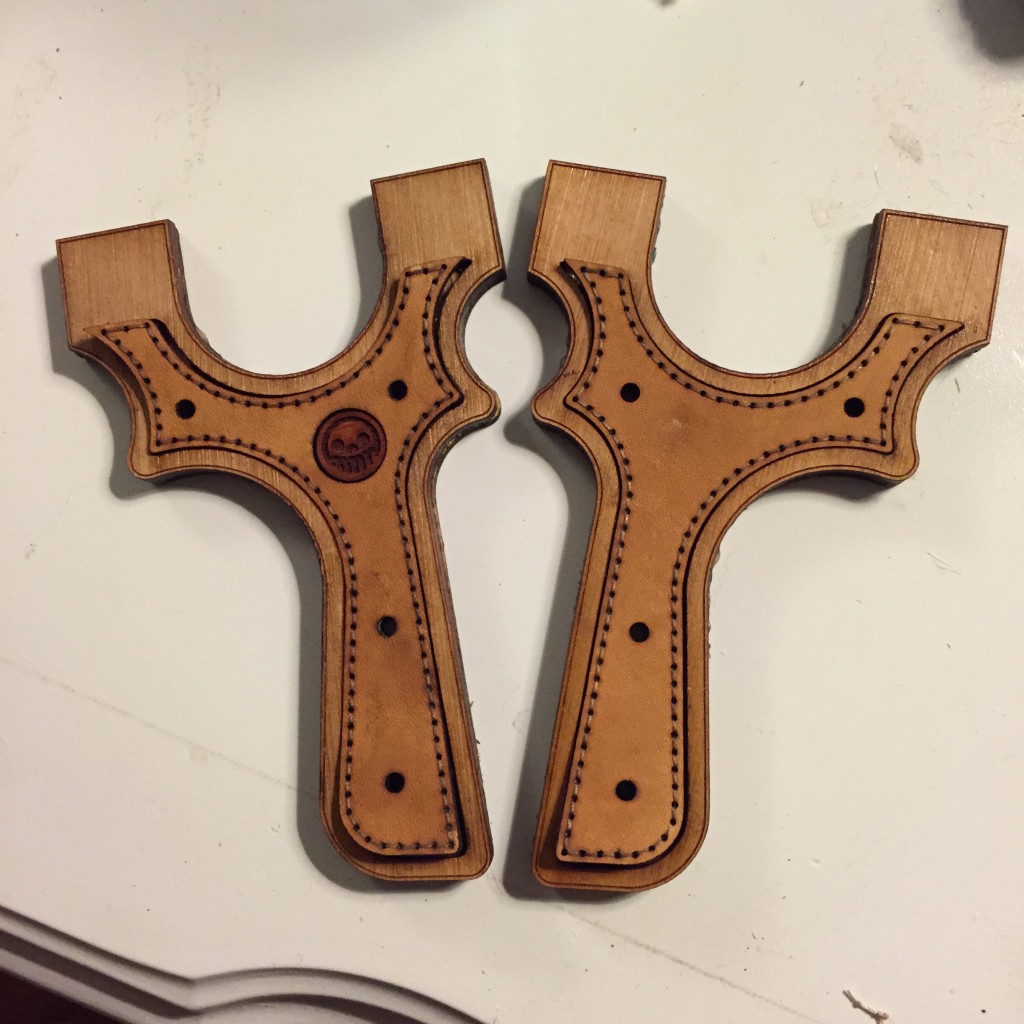 There was a step I skipped, I used the my new Shapeoko 3 CNC router to cut a 1/4″ emerald green acrylic core. Once cut, the scales were glued onto it and the edges were sanded back to the ‘true’ profile. I test fit the leather inlay with the barrel pin screws. 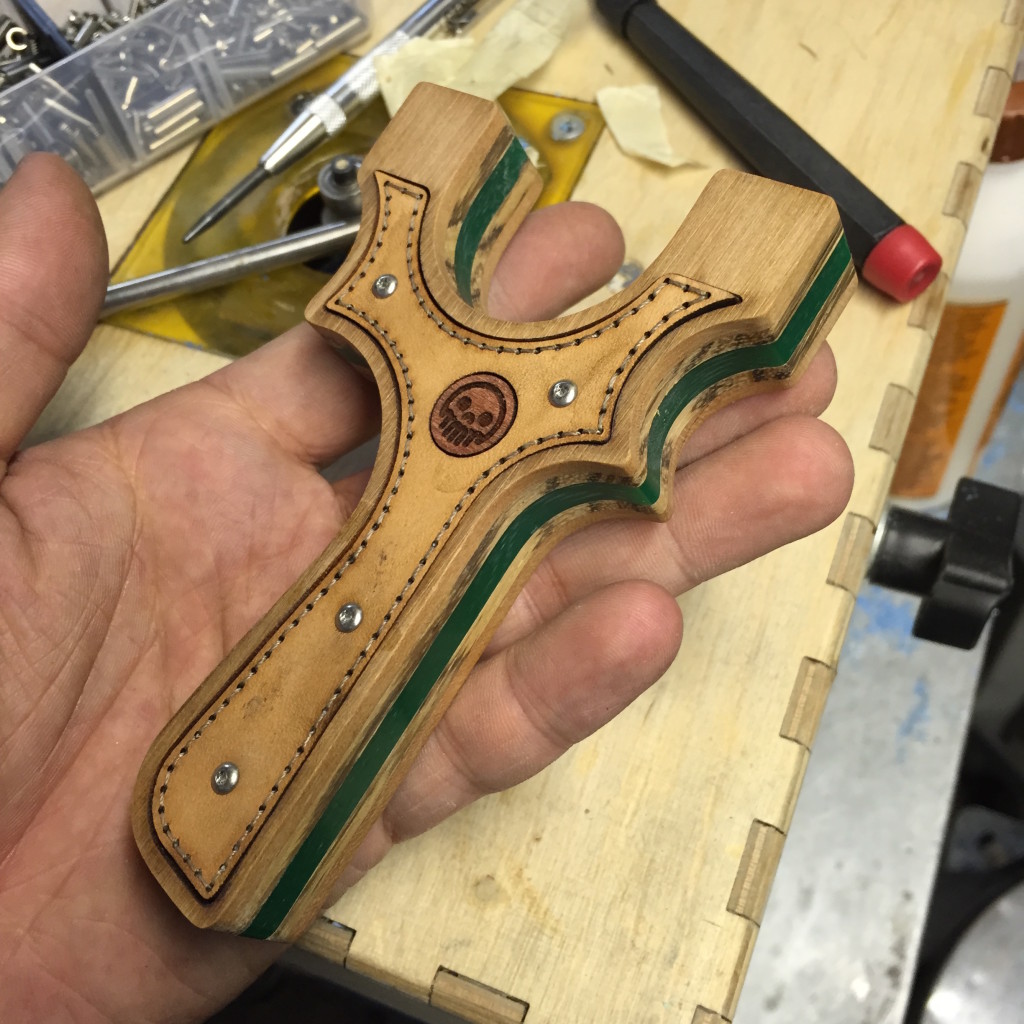 Once the edges where hand filed to shape, the whole slingshot (minus the leather) was sanded down to 800 grit. After attaching the leather with epoxy and the barrel screws, the Ivy Leaguer took a bath in boiled linseed oil for 2 hours. 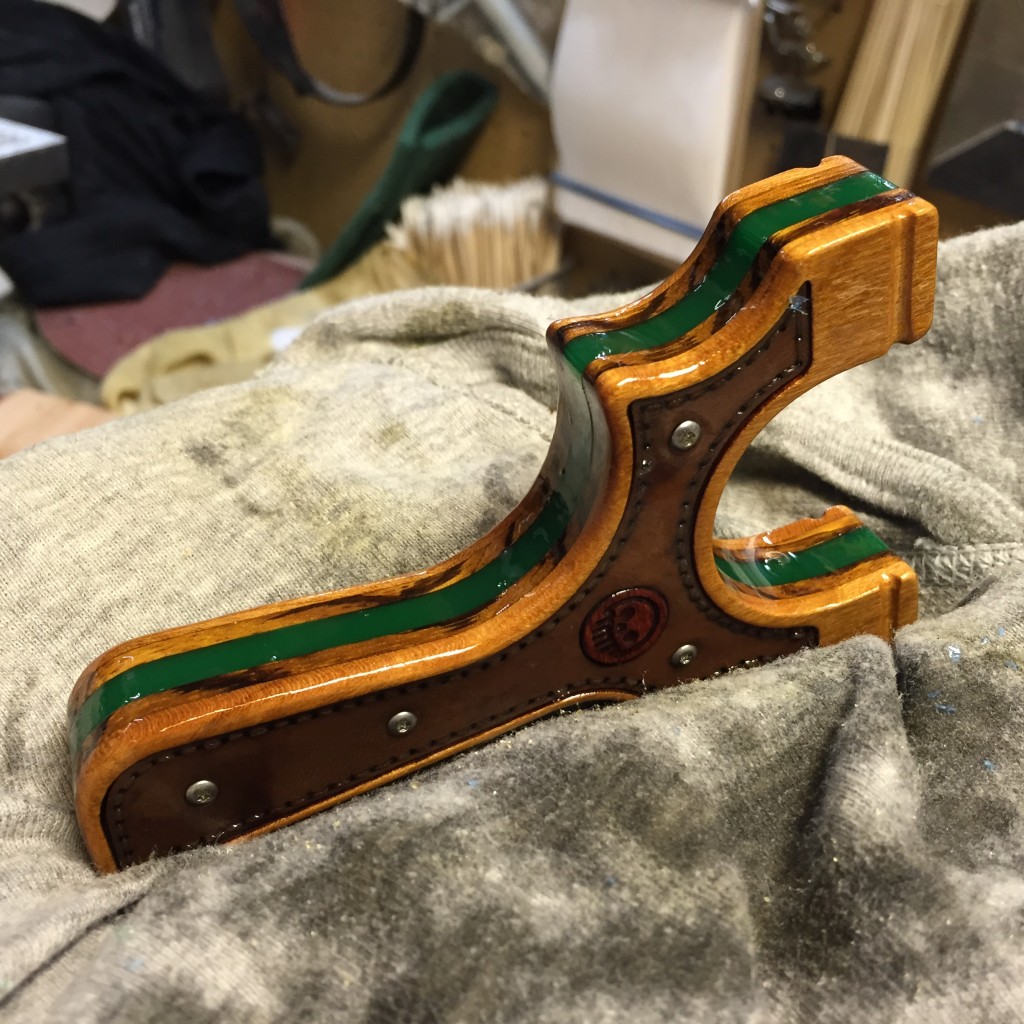 The last detail is to use the Metro skull maker mark punch to emboss a subtle mark on the backside. 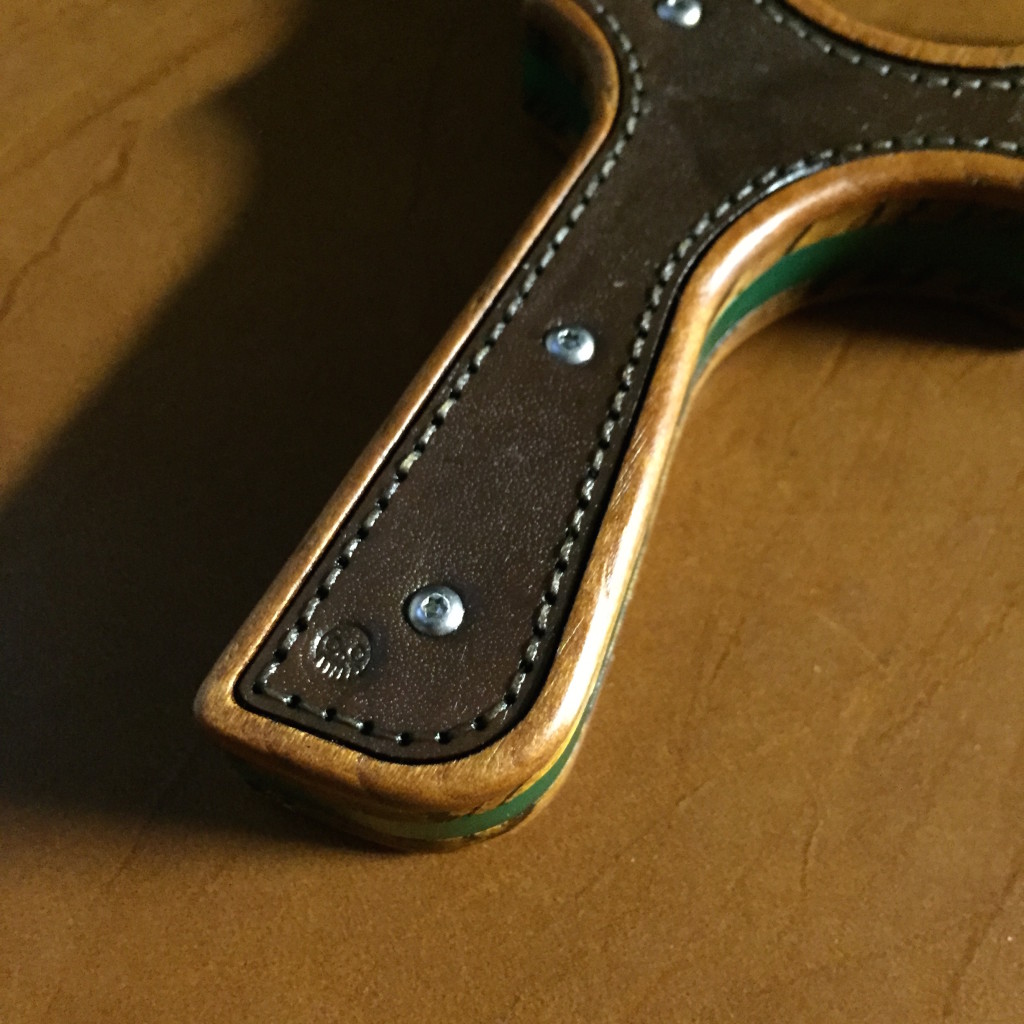 Then it was off the photo shop! 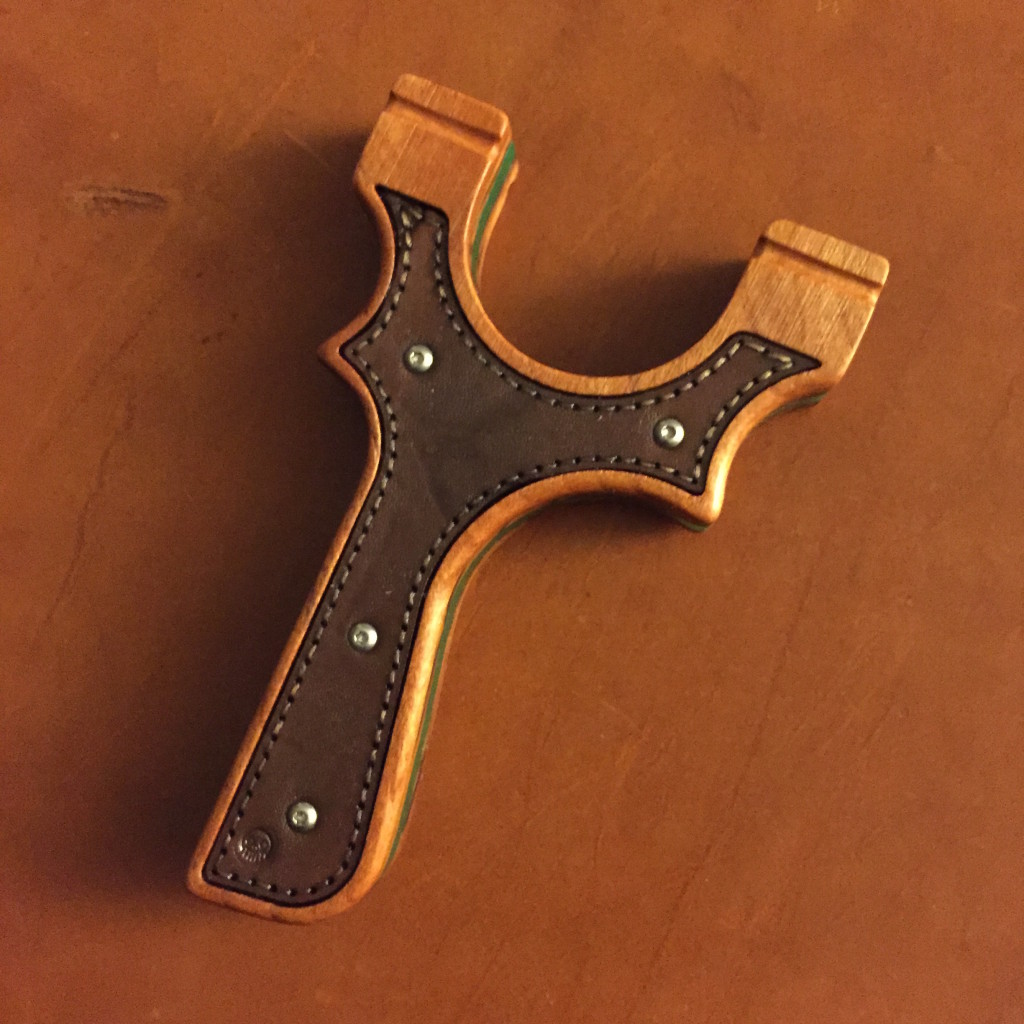 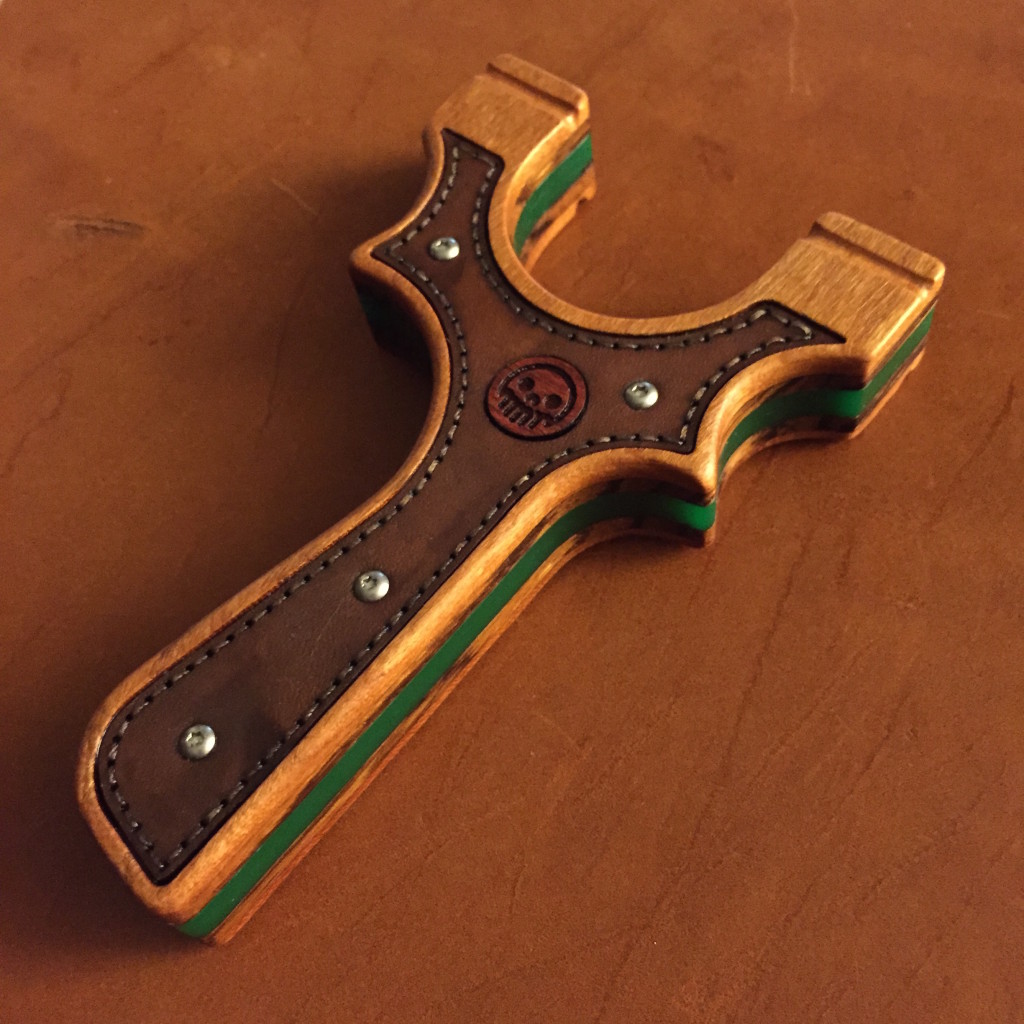 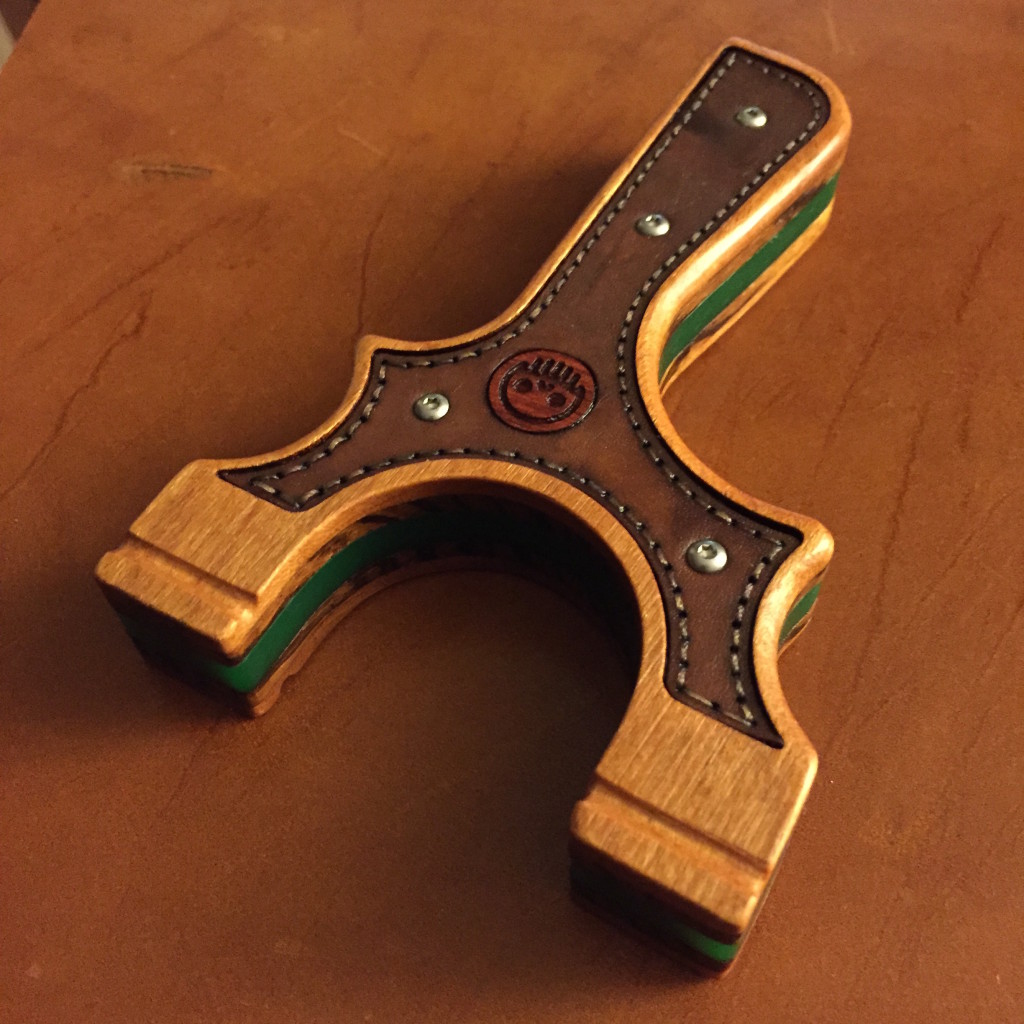 Thanks for reading another Metro Made!

You like this slingshot? Get it here: Ivy Leaguer Slingshot